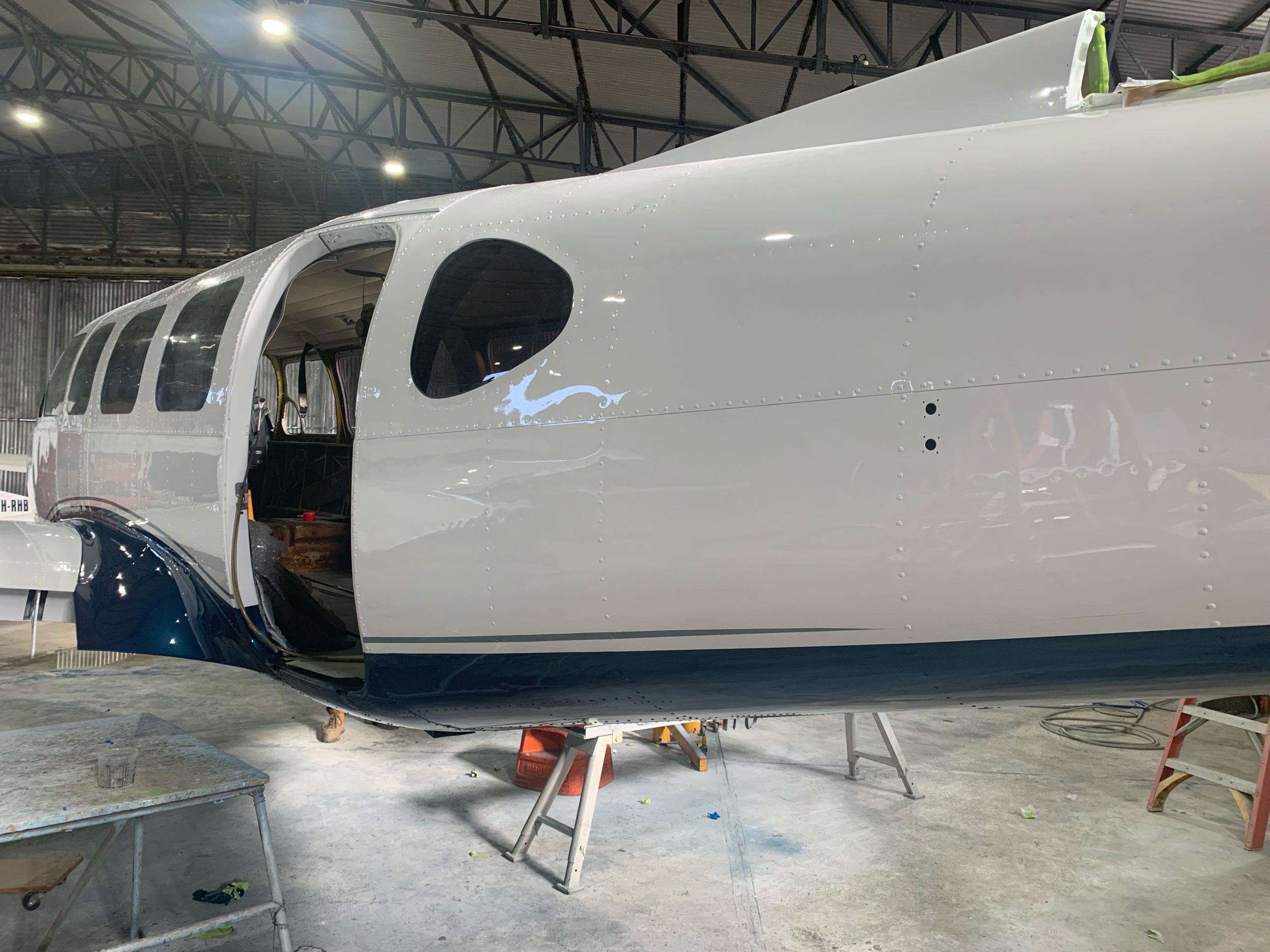 Our Piper Chieftain restoration and upgrade for Blue Sky Airways started with a tired 1974 PA31-350.

As a first step, we removed all flight controls, undercarriage and interior to assess for corrosion and facilitate repairs to damage and corroded areas. We also paint stripped the entire aircraft to prepare the surface for a fresh paint scheme.

At the same time as carrying out the paint stripping, we removed both engine and propeller assemblies. If the same engines were to remain with the aircraft we would have left them on and taped around them for the painting process, however because two new Lycoming engines were to be fitted we removed them to allow for a better paint job.

To to allow us to paint the wings and fuselage whilst still on the jacks we constructed a temporary booth around the aircraft and connected it to our airflow system to ensure no dust or other foreign objects ended up on the wet paint. All of the removed components, such as flight controls and undercarriage, were painted separately in the paint shop.

Once the painting had been completed we could start re-fitting the flight controls and interior whilst we awaited the arrival of the new undercarriage components.

Fitting the new engines was some great visual progress. The engines are highly boosted 540 cubic inch Lycomings, each producing 350 horsepower at takeoff.